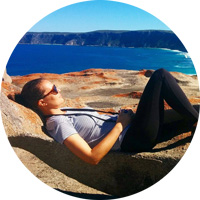 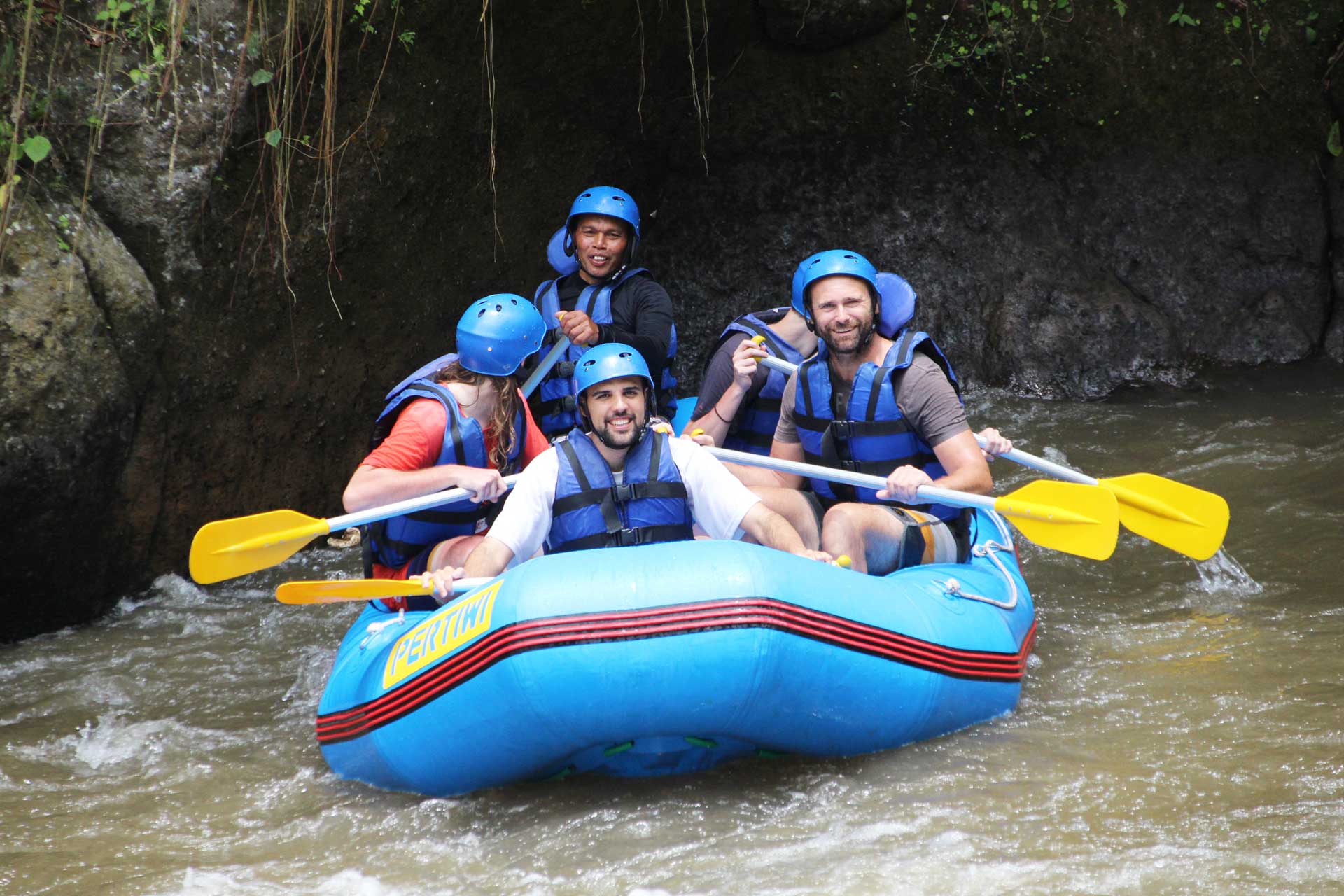 “Boom boom!” our guide would cry, which was our signal to hold onto the ropes either side of our inflatable raft and anticipate the crashes, jolts, and splashes of the next rapids.

It was the first of our two adventures for the day – white water rafting along Agung River in Bali’s heartland. Dojo had organised this day out with Pertiwi Quad to bring together like-minded thrill seekers for a day of adrenaline, laughter, and letting loose.

But the thrills were not being sought – not yet, anyway. Such caution as gripping to the raft’s ropes was never entirely warranted.

(Not So White) Water Rafting at Ayung River

Our white water rafting experience was less about the white water and more about the rafting. The river was bumpy, but only The Shortcut kind of bumpy – ripples that shook you about but didn’t exactly raise your heartbeat.

Most screams came from the furious water-splashing battles that occurred when any of our three rafts got too close together.

But that was OK. There was plenty else to steal our breath away. Coasting down Agung River was like a scene from Jurassic Park. We could only lay back and marvel at the magnitude of our surroundings.

When our rafts stilled on the water, there was nothing to do but to gaze up at the steep slopes either side of the river, into dense jungle canopy, where tiny swallows swooped and tumbled between the trees and over the water.

This was Bali at its most magnificent. Awe-inspiring, grand, wild. It made you feel small but not insignificant.

Thin waterfalls tumbled from unseen sources above. At one of the heavier falls, we dived into the water and under the cascade. The force of the fall demanded a fair amount of effort just to get beneath the spray, which pounded over our heads – the biggest pounding we’d get for the day. Well, except for me … but we’ll get to that later. OK, screw it. Let’s go there now.

ATV Biking – Adrenaline Inducing or Just Plain Terrifying, Depending on Who You Ask

Activity nomor dua for the day entailed clambering onto ATV bikes and revving those engines. Our bellies were full from a buffet lunch, and everyone was well awake now, so when we climbed on our ATV bikes, stacked in neat lines, people were ready to put their foot to the pedal – or rather, their thumbs to the button…

In one long row, we gunned it through mud trenches, careening over rocks and potholes. We passed rice paddies that I think might have been nice. It’s hard to say, really. I was beginning to understand why our liability waivers were all about the ATVs. These beasts were hard to drive and as beautiful as the scenery might have been, all energy went into, well, not crashing.

The stiff steering and sharp turns were not exactly a match made in heaven. So it was inevitable that one of our number (it might have been me) may have lost control, ploughed into a tree, and somersaulted over the bike. In the words of my one witness, “she flew”.

A couple of scrapes, a few tender bones, and a very bruised ego weren’t enough to deter me from finishing the track, without quite so much of the devil-may-care driving I did before (who am I kidding? I was freaked from the start).

The final racing track consisted of a metre-deep trench that twisted and turned all the way to the finish line and was filled with mud. There was nothing for it but to gun it and hope for the best.

And by the sounds of those around me, everyone was really going for it. When we finished up the drive, it was clear from the mud-splattered grins that almost everyone had had their adrenaline fix.

As for me, I was just thanking the ATV gods that I got through the rest of it alive.

Most digital nomads out there know it can be hard to find a community that offers the support, friendships, and networking you need to stay sane on the road long term. But if one place is gonna deliver it all in spades, it’s Dojo’s

So the next time you see a sign on the pinboard advertising one of these crazy days out, WTF are you waiting for? Put your name on the list and see what happens!