3 Ways Personal Development Can F*ck You

Personal development can be great. Everybody stands to gain a little. Many stand to gain a lot.

It can also be a horrible shit show if you’re not careful.

And in a saturated market full of self-proclaimed experts—many of whom are still wearing diapers—you need to be extremely careful.

Otherwise, you run the risk of putting your life on hold forever as you attempt to transform yourself into some super-human avatar type robot who’ll probably end up being a massive disappointment if—on the off chance—you ever get to meet them.

Because, even if you do, you still won’t be good enough. And that’s just one of the many problems with this industry.

Several years ago, I reluctantly enrolled in The Landmark Forum—a personal development shit show of a seminar which promises complete transformation and freedom from all your problems.

After luring me in with their grandiose promises of how incredible life would be, they proceeded to kick the weekend off by telling me my life was meaningless. Which was nice. And there was me thinking the whole point was to find a little meaning? But hey, if you’re in the same boat, I just saved you 700 bucks. You’re welcome!

The entire weekend runs with military precision. They dangle a few nuggets in front of you—nuggets you can never quite grab because they’ll cast them a little further the second you have visions of yourself standing in front of thousands pronouncing; “I have a dream!”

The very reason you’ll hold onto that dream and not realise it is because 90% of your time at landmark is spent on the phone enrolling friends and family as well as being upsold the next seminar in the pyramid where the “real” breakthrough happens.

And on and on it goes. All the while, using you as a pawn to speak their language and sell their course while manipulating you into believing your life will be worse than worthless if you don’t continue your journey down their yellow brick road.

On the open evening, a lady stood up full of enthusiasm as she proclaimed to everybody how wonderful Landmark was. It was all very inspiring.

She told us it was her 10th time attending, which struck me as odd. I’d want to be fixed, but tune-ups are imperative, so in the end, I gave her a gold star for both her pro-activity and participation.

Afterward, we were allocated accountability groups for weekly meetings to share our crap. The same girl just so happened to be in the same group as me.

Proactive or not, it turned out the veteran amongst us was the most neurotic. Every week without fail she would lose her shit. And then we’d have to talk about it. Groundhog day. Week in. Week out. The same shit. The same script.

Landmark constructs these bullshit ideologies of how the world should be to keep you invested. It’s not conducive to real life. It’s a genius business model. It just lacks, you know, morality. Which is something you’d hope for from a company whose sole “purpose” is to, by all accounts, help people?

Self-help and personal development have become intertwined. The landmark model, while extreme and polarising, in many ways shines a light on all that is wrong with both.

Far too many get sucked into personal development and never find a way out. They enter with one problem and find ten more.

If you scroll through articles on Medium, you’ll be blasted with click-bait titles preying on mediocrity. Often by mediocre people. Some (not all) will suggest you are a loser if you don’t follow their guidelines to outshine those around you and leave your loser friends behind.

Every psychological manipulation is used to create a feeling on inadequacy while portraying themselves as God-like. The audacity and egos of some are incomprehensible. And it works. One dude blatantly ripped off Mel Robbins’ 5-second rule and took full credit for it. That same dude preaches authenticity.

Now, I don’t need a participation award. But I also don’t need some loser dick telling me I’m a loser. And all my friends are losers too.

Every business, it seems, wants you in a state of high fear, inadequacy, and urgency so you’ll purchase their product to solve your problem.

Are we seeing the contradiction here?

And if you don’t have a problem—they’ll create a problem.

Personal development writers and speakers and YouTubers cherry pick a handful of individuals who have achieved incredible feats in their lives. They highlight them as the gold standard. And with their case study procured, they go to work on the mediocre.

They do this with such finesse that if someone has achieved excellence in one area of life, they’ll make them feel shit for not being brilliant in every other area — all the while living what I would imagine being a fairly mediocre life themselves.

So I encourage you to exercise caution while you listen to those who are only too happy to prey on your vulnerabilities.

With that being said—here are three of the many ways personal development can fuck you:

Every industry sells happiness. Personal development raises the bar by throwing perfection in the mix. By virtue of that, an industry that’s supposed to help you become one of the deadliest industries of all.

You cannot resolve your problem by attaining the unattainable. If perfection is your goal, it won’t take long before you end up anxious, depressed, or both. Unless that’s the reason you entered in the first place? In which case, you’ll probably end up more anxious and depressed with a serving of hope to keep you coming back.

Perfection needs to be managed by embracing imperfections with a healthy dose of acceptance and awareness.

2. It preys on average

What is average, really? In the grand scheme of things, what the fuck is wrong with average? As long as you’re relatively content with life and not constantly battling illness—which is what many end up doing as they constantly strive to be better than everyone else.

While some people are truly extraordinary, nobody excels in every area of life. Have you ever listened to David Goggins being interviewed? That dude is intense. He is both extraordinary and inspirational. He’s also a nut. My God. There is no way I want to be extraordinary if I have to compete with the likes of him. I’d die.

Elon Musk. He’s extraordinary. Watched him on Joe Rogan recently. Crazy intense and very open with his struggles. I wasn’t coming away from that interview thinking that’s a life I want to be living. These are exemplary humans by all accounts. But you can’t just create that kind of intensity and drive. And even if you could, Jesus, would you want to?

Most of those providing help are average. Some are extraordinary. Many mask themselves out to be. Don’t let any of them belittle you.

3. It overdoses on happy

One of the reasons, I believe, so many are unhappy is because they cannot accept they’re not supposed to be happy all the time. They can’t accept negative emotions are part of the deal. And when they’re not happy, they feel like a failure. Which makes them less happy, more sad, and often depressed.

And you can bet your bollox there’s a person out there convincing them they’re correct in their assumption that they should be happy all the time.

Some dude on Facebook keeps telling me if I’m not beaming with happiness and joy 24 hours a day, 365 days a year, it’s only because I don’t understand how the universe works. FACT. And he’s right. I don’t understand. I’ve resolved to writing words on the Internet. NASA is still trying to figure that shit out. I’ll leave it to them.

And while I certainly don’t understand, I remain convinced the Universe is too busy doing Universe stuff to give two shits about my happiness. Give me a break. That kind of narrative will fuck way more people up than it will ever help.

We all want to be happy. But sometimes life will suck. If you can accept that. It will suck far less. Denial it on the other hand…

I’m not even going there.

Even if you achieve phenomenal success, you’ll never be good enough.

Maybe you can’t be content unless you’re constantly striving for greatness and all the accolades that come with it. That’s cool. Whatever works for you. But don’t do it because you’ve been made to feel worthless for not wanting to do it. Don’t do it if you want to live your life to the fullest, and living to the fullest means something completely different to you. Don’t do it because some prick with an ego challenged your worth and made you feel mediocre because he needed you to lift him up.

To be fair, Landmark seduced for a while. At times it was exhilarating, but nothing was more exhilarating than telling them to do one when they tried to snatch my credit card for the third time.

We invent problems. You can begin to ignore them. There’s very little laughter in life if you’re constantly trying to be better or more successful than those around you.

I’m going on assumption here, but I can only assume there are many downsides to the kind of success people spend their lives chasing. And a lot of what you stand to lose is fundamental to happiness. That being your connections and life experiences. Often we end up chasing things we don’t even want. Because all we want is the reward.

So, if you need it. Go get it. Most of us need a little. Maybe you need a lot. Seek out what’s right for you and your loved ones. Nobody else. Life is a journey with many different tracks. Try not to get lost down the one that will keep creating problems that you can never really fix. At least, not until you learn the art of hopping on. And hopping off.

Member in the Spotlight: Meet Andrea

How to Write Emails that Don’t Suck 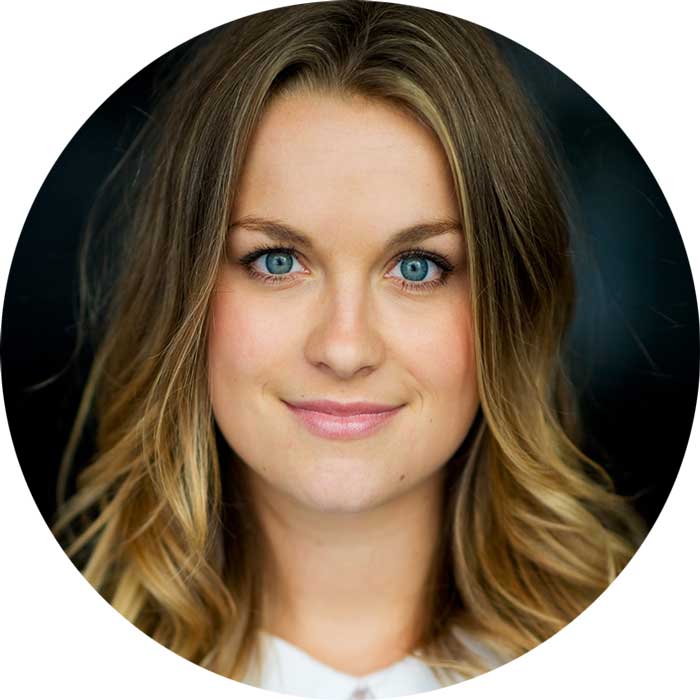