Mortal sins are considered mortal (that is, deadly) because they diminish the quality of love inside one’s heart. Ain’t that a bitch?

On that note, I would suggest immortalizing judgment as the 8th deadly sin because it does a spectacular job diminishing the quality of love in one’s heart.

Of course, we all judge. That’s not up for negotiation

Here’s an example of how a less enlightened person than me judges;

“Spiritual people in business are some of the most shit stuffed people on the planet — not all, but per capita, or whatever, they’d be right up there with the life coaches.” – Anonymous

I also judge. I can’t help myself. In some ways, it fuels me, but it certainly doesn’t serve me.

One definition of judgment reads;

“A misfortune or calamity viewed as a divine punishment.”

No clue what that means, but it sounds biblical, so let’s just run with it and assume the dudes who wrote the Bible assumed seven deadly sins were more than enough.

“The ability to make considered decisions or come to sensible conclusions.”

Ironic, considering how senseless our judgments can be.

“Putting down others to cover up one’s insecurities in order to provide one with a momentary false sense of worth.”

Basically, being a prick, but it would be wrong to include that in the definition.

This type of judgment, which occurs on and offline, is out of control online. Which, to be fair, would have been a bold prediction in biblical times. And incredible foresight.

Comments sections are a cesspool where pissed off people parlay their insecurities and use them as a means to ridicule and put down others. All so they can feel better about themselves.

Judgment is all around us.

You judge. I judge. Our brains are wired for judgment to help us navigate life.

That’s not the problem — excessive and sinister judgment is. Not for others. For us. For you. Because you diminish the quality of love in your heart, and in doing so, fuel feelings of inadequacy, anxiety, and unhappiness, to name but a few.

A microscopic look at online judgment:

Before I got rid of my Instagram, I followed an “influencer” who was big on compassion and doing the work. And also — perhaps unknowingly — on judging those who followed a different playbook.

The posts sparked controversy, and the controversy kept me entertained, munching on my popcorn while reading the backlash in the comments section. All the while, judging.

Everything was around inner work;

Don’t get fake tits, do the work.

Don’t get botox, do the work.

If you drink regularly or smoke, you’re an addict, and you need to do the work.

People got pissed. Some of the insults you wouldn’t hear in a face-off with Conor McGregor. It was a judgmental merry-go-round where everyone was seeking validation. For themselves, their values, and beliefs. And it doesn’t — nor will it ever — work.

I’m actually laughing as I type this because, ironically, that validation can only ever come from doing the work. And that can be a massive pain in the ass. Even more so than splashing out on a new pair of knockers!

Which, by the way, I’m not knocking. Each to their own. Do what makes you feel good.

So maybe the work is working on your judgment?

I would argue judgment is one of the primary reasons, so many are so unhappy — with both themselves and the world.

We grow up seeing people ridiculed in the Media. We experience ridicule. And then we succumb to the temptation to ridicule others.

Can’t you see, God Dammit? We’re being conditioned to judge. That’s what the vultures are doing to us! They’re pinning us against each other, and we’re rewarding them for doing so.

Our judgment feeds others insecurities as much as our own. In terms of a prophecy, this is a two-way streak with a revolving trapdoor. We’re judged. So we judge.

It becomes a vicious cycle. A cycle from which we must break free.

Not because other people aren’t idiots, idiot. Because it is diminishing the quality of love in your heart, Gandhi, and I don’t care how hard you are, your life will be better after you increase your capacity for that shit.

They judge a little because we all do, but their judgment is trumped by their empathy, compassion, gratitude, and inner peace. The bastards. They have a healthy relationship with judgment. It’s a virtue. Not a sin.

So let’s take a look at how you can become more virtuous in your judgment:

Make no mistake about it, if you have been habitually judging people for years, in spite of it negatively impacting your quality of life, you’re not going to wake up in the morning and just stop.

This requires work, so you might want to take a break from those environments that tempt you the most and bring out the worst in you.

A digital detox is probably not the worst idea. Basically, just keep a safe distance from those that piss you off and trigger your judgment gene.

This is going to sound very enlightened, but most people — similar to you — are just trying to make the most of their time here, so cut them a little slack when you find yourself judging them — regardless of whether you perceive them to be above or below you. Nobody knows what the hell is going on. We’re all completely clueless, and we all have our demons.

The next time you find yourself judging someone to make yourself feel better, try to remind yourself of that. And the fact the only person you are really hurting is yourself. And then ride off into the light and go about your own business.

You’ll be shocked by just how much time you spend judging others. Much of this, you are likely to find in the unconscious mind because you’ve not yet woken up like me. So you’re going to have to pay attention…

Christ, I’m starting to sound more like the Buddha every day.

Remember, if someone is judging you, it’s not about you. It’s about them. It’s about their model of the world. It entitlement and insecurity because they want to see something else when they look in the mirror. And yet, they’re not willing to look—or confront or change their ways. It’s their sin — not yours. Choose virtue.

As meditation and mindfulness expert, Andy Puddicombe once said;

“not judging is a gift we can give to others.”

All my love and gratitude. May your struggles become undone, and may the Universe deliver you that battleship and billions of dollars you so desperately deserve while the rest of the world starves. You fucking greedy prick!

Green School – The school of the future in the Balinese jungle 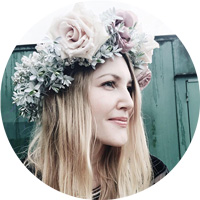