By Nicky Cullen
the law of attraction
Inspiration, Personal Development Bullshit is — and always will be — all around us. But it’s on the rise. And thanks to the Internet and Social Media, the bullshit we’re exposed to has become more extravagant than ever.

For the first time in the history of humanity, we’ve found ourselves in a “Bullshit Epidemic.”

We are quite literally suffocating in shit. Some of it innocent droplets, some stinks so bad the fumes alone could kill you.

And here’s the problem with bullshit: it’s subjective — one man’s bullshit is another’s drop of sunshine.

One screams TRUTH, the other screams FAKE NEWS.

Personally, I have a low tolerance for the stuff. I also can’t believe how profitable it is…

Coffee made from Luwak shit — an inferior blend to the bull — retails at £45 in Harrods. For ten pods. That’s £4.50 for the pleasure of drinking a special blend of shit — which you have to brew yourself at home.

At least they’re upfront about it. That’s genuine authenticity. Not the bullshit authenticity we’ve become accustomed to.

Alas, the bullshit buzzwords. Those puppies will be tackled in a future post. For now, I want to focus on some other bullshit: Bullshit Quotes.

Each bullshit quote will get its very own rating on the patent-pending, Bullshit-O-Meter, where 1 is an innocent poop drop, and ten is an almighty scouring in a public lavatory.

Then you’ll get your verdict.

And then, fuck it, because my editor told me this leaves the reader with nothing more than a bitter after taste, I’ve extracted a tasty Golden Nugget from each piece of shit to turn that bitterness into something sweet.

Ladies and gentlemen, without further ado, let’s talk some poo.

All this Universe stuff is where I think people have lost their marbles the most.

Admittedly, I don’t fully understand it. Are we talking about a replacement for God, Allah, or Oprah? Or are we talking like actual science?

I read The Secret many moons ago and have made many decisions since. From personal experience, I can confirm that whatever the Universe was up to, it certainly wasn’t conspiring to help me out.

I know I can be cynical. I’m certainly not Mary Poppins, and you might be screaming blasphemy right about now, but I continuously see the Universe failing others who place a tremendous amount of trust in her also. Or him? Have we had that debate yet?

The Secret is one of the bestselling self-help books of all time because it tells us exactly what we want to hear. Which apparently, is utter bullshit.

Verdict: The Universe doesn’t give a fuck about you.

Now, I’m not sure if that study is bullshit or not, but I like to think it’s not. So instead of just wishing things into your life and hoping the Universe delivers, it might not be the worst idea to sit and envision yourself executing in an area of your life you’d like to improve.

Don’t get me wrong — I love to read. Bookstores have somehow become my Disneyland. But this has to be some grade-A bullshit right up there with the tooth fairy.

Can somebody, anybody, please point me to the data? And don’t dare send me an article by FariyGodBoss citing a survey by Fast Company with an affiliate link to Blinklist.

Bill Gates reads a measly 50 books a year. Is that dude “average?” No. He might not even be mortal.

As a result, everything becomes rushed, they become stressed, and then they die. Or something?

Most stand to learn a lot by reading a lil’ bit more. But many of those buying into this 60 book bullshit could gain a whole lot more by striving for less.

The Golden Nugget: Especially true in personal development—you would be better off reading a few good books multiple times rather than forcing yourself to try and read 60.

For argument’s sake, let’s say you are trying to improve your interpersonal skills. And you read a book full of wisdom that inspires you to start making tweaks in your behavior as you go.

You get excited because these tweaks and subtle changes in your behavior are actually making a difference. You’re feeling more confident and joyful in your day-to-day interactions because the book serves not only as your teacher, but as accountability, inspiration, and a reminder.

Now that’s powerful. But then what happens?

You get to the end, put it down, forget about it, and quickly move on to the next. And you do it all before turning your new behaviors into habits because you lack patience and aren’t prepared to give it the required time to make real changes because you believe it will come with the next book? Or because you’re comparing your journey to someone else’s?

Now imagine instead of trying to read another ten books on the subject by different teachers who use different methods, you took the time to read the one that resonated with you again. And again.

Would all those lessons begin to resonate with you on a deeper level? Would the behavioral tweaks you make begin to penetrate your subconscious and form healthy new habits that could massively impact your quality of life?

Well, fuck me, eight billion people on this planet —half of which are forced to drink water contaminated in shit, yet everything in your little world should — and will — work out?

How many do you think nod off on their death bed without regret, thinking to themselves, “ah, sure it all worked out in the end”?

If you assume everything will work out and leave it up to faith because some spiritual genie told you so, then you’ll only increase the likelihood of nothing working out as planned.

Problems don’t just work themselves out if ignored—they get worse. It’s up to you to take on that responsibility and do everything in your power to ensure things work out. And even then, there is no guarantee that they will.

The Golden Nugget: Relying on the assumption alone that everything will work out is what most adults assumed growing up who are now thinking, how the fuck! You are solely responsible for the decisions you make. If things aren’t working out, only you can change your course — nobody else.

It’s an important distinction to make that can be extremely liberating because even though life can suck—you’re accepting full responsibility.

And while that might feel grossly unfair in the pits of despair, you’ll soon start focussing on the solutions. Not the problems. You’ll stop feeling sorry for yourself and start taking action. And while your journey will likely require patience, you’ll greatly increase the likelihood of all working out in the end.

And then you’ll die.

Remember, we’re a delusional bunch who will justify our bullshit by any means necessary till it becomes our truth.

We need bullshit to give us meaning. Unfortunately, some of that bullshit is so subtly extravagant and sinister that we get lost along the way.

That’s what the Bullshit chronicles are about—simply some bullshit to get you thinking whether the bullshit in your life is serving you or not.

The debate of whether you buy into bullshit or not is not a debate. The only thing you need to debate with yourself is whether that bullshit is serving you or not. Because if it is, it’s not your bullshit. It’s your little drop of sunshine.

The Hippies of the XXI century: 5 stereotypes every digital nomad has to cope with 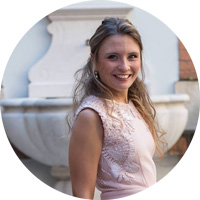 A typical day for a digital nomad in Canggu