On the Unbeaten Paths of West Bali A few weekends ago, I had a humbling opportunity to join a trip to the Jembrana Regency of West Bali. The trip was organized as a collaboration between Dojo Bali and Five Pillar Foundation—one of Dojo’s non-profit organization partner’s in the Cogiving program. Five Pillar Foundation members consist of local youth from the Jembrana Regency in West Bali. They work to develop the full potential of rural village communities through an integrated approach across five pillars for development: economic, social, environmental, educational, and cultural—all of which were on display during the trip while showcasing the rich human and natural resources, and highlighting the potential for Bali’s rural villages.

The western part of Bali is virtually untouched by tourism.

Unlike the South, the surroundings consist largely of rice terraces flanked by the lush tropical jungles of the mountains and the warm waters of the Indian Ocean.

With me were four other Dojo members: Elke from the Netherlands, Caroline from France, Anna from Italy, and Gabriella from Germany. All were excited to experience the less traveled paths of Bali. I too was just as excited because I haven’t been to this part of Bali since I was a young child.

Tri Hita Karana: The Foundation of The Balinese Way of Life

Our first stop was a beautiful rice terrace just off the road on our way to Jembrana Regency. Our guide, Wira, who also happens to be the co-founder of Five Pillar Foundation, explained to us all about the Balinese philosophy of Tri Hita Karana and the Subak irrigation system as we admired the natural beauty of the green scenery around us. Tri Hita Karana is a traditional Balinese philosophy literally translating to, “the three reasons for prosperity.” It teaches that in order to achieve prosperity—one must be in harmony with God, nature, and people. This philosophy is the foundation for the Balinese way of life.

One aspect of Bali that reflects this philosophy is its agricultural irrigation system called, Subak. In the way of the Subak, water is shared between the different rice-terrace farmers in a communal way, taking turns each week for irrigation and prioritizing more on the collective benefit than the individual. A series of temples is used to divide the source water from upstream to the rice terraces in different areas. The temples are also a place for farmers to give offerings and ask for blessings from the Gods.

But, as Wira explained, modern times have caused a disturbance in this harmonious balance of life which has been practiced by the Balinese for centuries, particularly regarding nature. This is much more evident in tourist areas where we can see beautiful green scenery being converted to concrete jungles. Water is taken without measure and rubbish is thrown carelessly to the environment. The irony of Bali is that it’s an all too familiar story, and Wira explained it nicely to us without hiding the hard truths. It was an interesting start to the adventure, to say the least.

The highlight of the day was when we met with inspiring local entrepreneurs at the village of Gumbrih. These entrepreneurs are supported by Five Pillar Foundation as part of their initiative to develop the economy of rural villages. The most inspiring of the entrepreneurs was Putu Susana—a mushroom farmer who built his manufacturing machines by himself using recycled materials such as bike chains and wheels. He taught himself on the entire organic process of oyster mushroom farming by reading books and searching online on those rare occasions he could access the Internet. His mushrooms are now sold to restaurants around Denpasar, and it’s the main source of income for him and his family.

One of the fascinating aspects of Putu’s craft is the high level of spirituality involved in his creations. The second product he is making is a clay water filter made out of soils from nine different spots in Bali. These nine spots are chosen based on the nine directions of the compass which has its own sacredness in the Balinese spiritual belief. The result from the water filter is highly pure water with a PH level of 9. Putu said the water could strengthen your inner energy and cure some diseases. He had tested it on several of his fellow villagers and received positive feedback. He is now in the process of scientifically proving the quality of the water and obtaining a patent for his invention. It was a captivating story, and we all felt very fortunate for the opportunity to have met Putu.

Other businesses we visited were a chocolate factory that grows cocoa from its own plantation, a virgin coconut oil producer that works with the divine, and an organic fish farm with its own restaurant where we had dinner in front of one of the most spectacular views in Bali. I was surprised at the amazing works that could be found in a rural village such as Gumbrih. It is refreshing to know that Five Pillar Foundation is out there encouraging entrepreneurs to develop their businesses, and helping them gain exposure to the wider market. I can imagine that without their support, these entrepreneurs would have a very hard time growing their business due to low business and marketing skills, their remote locations, and a lack of incentive from the local government. It made me wonder how much potential there is in my own village just waiting to be uncovered.

The next morning, we started off with a large traditional Balinese breakfast buffet at the Five Pillar Foundation basecamp in the town of Negara, the capital of Jembrana Regency. The traditional Balinese breakfast consisted of a savory dish, a variety of sweet treats and coffee or tea. We were also treated to one of my favourite Balinese drinks, Es Daluman—a refreshing drink consisting of green grass jelly, palm sugar, coconut milk, and ice. It was definitely a delicious way to start the day!

After breakfast, we had the rare opportunity to engage first-hand with the local youth of West Bali. We gathered at the base camp with around 40 local youths ranging in age from 15 to 25. Each one of them excited to meet their new international friends and share about each other’s lives, while also practicing their English skills. This was a special experience for Elke, Caroline, Anna, and Gabriella as it is difficult to find genuine interaction with the local population in areas such as Canggu where foreigners are merely seen as a source of income. It was a fun and enlightening activity with the four of them sharing about life in their home countries and also learning about life in the Balinese village. They even had the opportunity to be shown some traditional dance moves and listen to a folk song sung by one of the kids. It was a great experience and privilege to be able to contribute to the efforts of Five Pillar Foundation through this sharing session. It truly felt like we were a part of a bridge that connects the remote villages of Bali to the world where we all learned from each other.

We said goodbye to our new friends and headed off towards our next destination, a village tucked away in the hilly countryside of Jembrana Regency. The scenery we passed along the way was spectacular: rows of traditional houses with rice terraces and lush tropical jungles in the background. The first place we visited was a salak farm owned by the father of Komang—one of the children we met at the base camp. A salak is a fruit native to the island, it is made up of a juicy white flesh wrapped in skin that resembles the scales of a snake, hence its nickname: Snakefruit. After tasting some harvests of the fruit and walking through the plantation, we rested in the shady terrace of the farmer’s house. There, we tried out more of the local produce and delicacies such as wild mandarins, water guava, cassava smothered in coconut sugar, and sweet coconut sap harvested just earlier that afternoon.

It was leading to lunch time when we were done sampling our variety of appetizers, and so, Wira and the Five Pillar gang led us to our lunch spot—the rocky banks of the nearby Bilukpoh river. We sat down on the rocks where we were catered to another delicious traditional home-cooked dish by Komang’s family. It was nasi campur: a mix of rice, vegetables, and meat that is rich in taste with a little spice. We enjoyed our lunch looking out into the mystical Balinese jungle, accompanied by the rushing sound of the rapids in the river below. It truly became a day of indulgence full of a rich variety of sweet and savoury treats—all of which ingredients could be found in the compound of the Salak plantation.

Feeling refreshed after cooling down from the sun in the clear waters of the river, we ended the day back in Komang’s house where we had a lesson in making a traditional flower offering. Also called a Canang. The offering is made up of coconut leaf and different kinds of flowers signifying the different Gods. It was difficult at first to keep up with the quick hands of Komang’s mum who does this as part of her daily routine. All of us got the hang of it in the end, and we had the honour of placing the offering at the main temple on our way back to Canggu to ask for blessings on our return journey.

On the journey back to Canggu, we discussed how special this trip had been to each one of us and how rare of an opportunity it was to have such an authentic experience of life in Bali. All the things we learnt and experienced, all the warm and welcoming people we met along the way truly made us feel at home. As Cogiving Officer, I am grateful to have the opportunity to support Five Pillar Foundation through this trip, and to give Dojo members a chance to experience the real Bali.

To learn more about other Cogiving projects, please visit our community outreach page.

Some testimonies from the participants:

“What I immediately noticed when we got there was the immense beauty and dominance of nature. Unlike the other densely populated areas I had seen before, this region of Bali seems more preserved and wild, with palm tree forests everywhere. I definitely had the feeling I was exploring the true essence of the island.” – Anna Franchi

“This West Bali trip has been truly magical and I am so grateful for it. We had the privilege to discover an untouched region, a kind of Bali from the 70s. I am now thinking of ways to be involved with Five Pillar Foundation on a regular basis as I fully support everything they are doing. It was a powerful, intense and wholehearted weekend.” –  Caroline Perreard

Home » Cogiving » On the Unbeaten Paths of West Bali 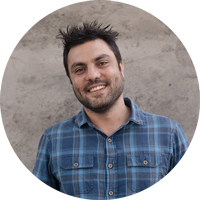