8 Countries in 2 Months – Secrets of a Full-time Traveller 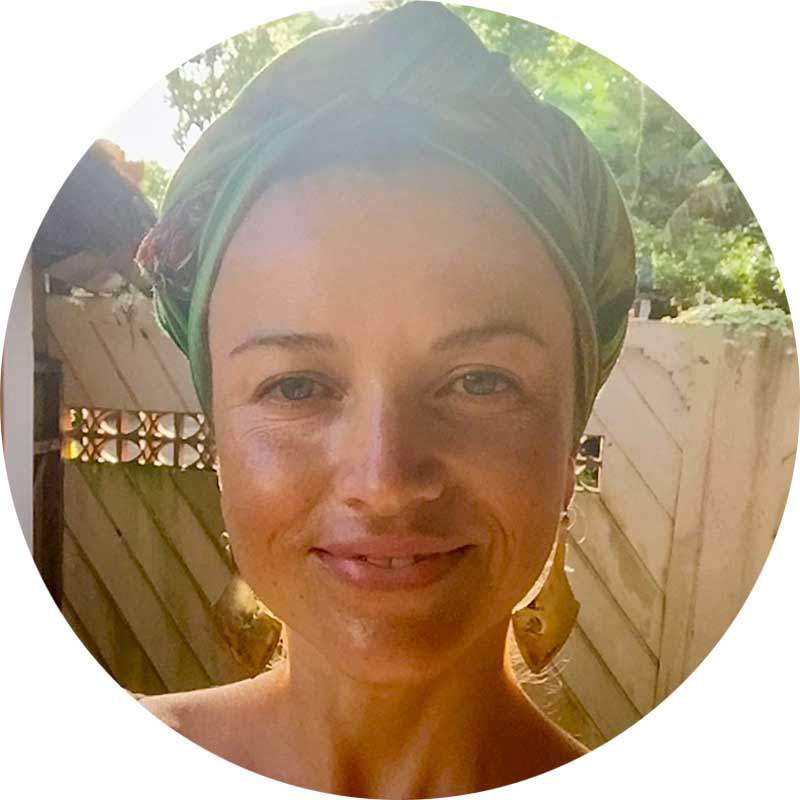 Jade Moyano says she’s a writer, but it’s a description that doesn’t do her any justice. You might as well say the sun is “not black”, or “not cold”. While she’s out telling other people’s stories, she’s been unraveling a major cinematic storyline on a personal level. I would call Jade a specialist in life transformation. Born to hippie parents in a rural part of Brazil, she was one of 5 children who shared a 2 bedroom, self-described “shack” in the jungle. Her father made bamboo incense holders for a living. After her parents split up she moved into the back of her mother’s dress store, which she describes as “memorable – how do you live in a store?” She shrugs it off in her usual direct way. She left for boarding school at age 13, and by 15 she was living in NY. It was while waiting tables in NYC that she first began to play with the idea that life can be other than what was handed to you.

8 years later, she’s completely opted out of any one “system”, choosing to be a full-time traveller and managing to work remotely as a writer/editor at the same time. It’s been a roundabout route from NY to LA to the nomadic life she has today, but she knows that the lifestyle she has is part of a bigger life plan she foresaw from early on. While her life looks enviable and somewhat unattainable, Jade wants people to know that a nomadic lifestyle and traveling the world is a choice that anyone can take, as long as they are willing to compromise.

You’ve heard that phrase ‘find what you love and let it kill you’? It’s kind of like that. I gave up being near my family, I gave up having a sense of security in my life, close friends, a steady job, a house… Those were things I had to let go of in order to live like this.

Seeing as she just got back to Bali after a 2 month trip around the world, it’s understandable why people could think she was handed the golden ticket.

I lost track of you over December and January – you went through 8 countries in 2 months, while keeping a job. How did that happen?

I initially had to leave Bali because my visa was running out. I wanted to go somewhere new and on my own, so I chose Cambodia. Since I take my work with me wherever I go, it’s easy to arrive somewhere and realize that you have a new plan. You fall in love with places and a lot can happen. I don’t leave if I’m learning a lot or my mind is blown. Unless I have to. This time I had a work trip coming up a month later in Mexico so after Cambodia I went to Bangkok, and then flew to LA from there. LA is an easy port of entry to Mexico and also a place where I still had things in storage, so I stayed there for a bit to take care of my things. A travel site then sent me to Mexico to write about a festival, then I went  back to NY for work, then Mexico again. In Mexico I was so close to Nicaragua, where I had lived for a summer, so I went to visit  friends there and also do some hotel reviews.  After that I went to Paris and Biarritz, where my boyfriend is from. I added in Italy because my best friend lives there and then Portugal, Lisbon is a place I’ve been eyeing for the future.

It sounds like you planned it all on the go. How did you manage this on a practical level?

I’m a writer, so I get to stay some places for trade, but mostly I stay with friends. I have friends all over the world, and if I’m nearby I’ll make a visit. It’s the only way I get to see friends and family. About 70% of the time I’m with friends and the rest is hotels or airbnb. Workwise, the western time zones are really good for me so it’s easier to stay in that part of the world, especially if I’m in a good work flow. I get new projects too depending on where I travel to, so that helps. Flights can be very cheap when your dates are flexible, most people don’t realize you can fly from LA to Paris for $200.

Ok, so you’re a writer and have a big international network – what would you suggest for people that don’t have the same resources?

I traded my overhead costs for the cost of travel. That can help. Cutting excess expenses at home gives you more freedom to move around. When I first arrived to LA I was earning just enough for for rent. Then I realized how rent was keeping me hostage, especially since I always wanted to be somewhere else. Same with transport… having a car is another form of prison. So I decided to not have a car in LA, to not have to worry about it when I was gone. It wasn’t easy. Now I only rent when I know I will be somewhere for a month or longer.  It’s a constant packing and unpacking game, I move a lot. You have to make some choices. People think they need to have a home base, some stability to come back to. But actually it’s all negotiable… Now the money I save from rent and bills, and the mental space I save from not having to worry about a sublet, frees me up to travel. I live out of a suitcase, but I have total freedom to go anywhere I want.

So what was the big takeaway from this trip, where you got to do exactly that – go anywhere you want?

I actually learnt that total freedom is a mixed blessing. Yes, it’s awesome to live a hedonistic lifestyle and do whatever you want, whenever you want. But I learnt that’s not always good for me, I actually need boundaries. I never thought I would say that.

What kind of boundaries?

I needed to have some stronger core values. Travel is hard on the body – saying yes to everything ended up overloading me. If you go to 8 different countries your food is going to vary a lot. You have to be flexible – and get what you’re given, be culturally aware and not very picky. I’m a vegetarian, but I had to eat meat in some places. I didn’t get to exercise as much as I like because it was so cold in Europe and I was on total warm weather metabolism, I had no energy. My body became exhausted, and so I had to start my own internal routine. Now I meditate and do yoga every morning, I stopped drinking, stopped smoking … I realized I needed stability inside. Now I feel a lot better. It might sound cliché, but living as a “nomad” means you don’t have a home, so you have to build your home inside yourself.

LIVING AS A NOMAD MEANS YOU DON’T HAVE A HOME, SO YOU HAVE TO BUILD YOUR HOME INSIDE YOURSELF.

Now that you’re back in Bali, what’s new?

I now know that travel just for the sake of travel doesn’t mean anything to me. I want to use travel to either better my career-  to have an experience that inspires me to write an article, or to enrich myself personally. There comes a point that it doesn’t matter where the new party is – it’s still the same thing. People say travel is an escape, but I don’t agree. I get more and more deep inside myself as I travel, I have to face every bit of who I am. To escape is to avoid doing what makes you feel alive.

So you don’t travel as a voyeur, and you’re not on the move to escape yourself. How and where are you traveling next?

I’m leaving in a month to India. I’ll be visiting a good friend who’ll be there with his father, who’s an eastern philosopher professor. We’ll be visiting some villages in the Himalayas, listening to lectures and doing a motorcycle trip to the head of the Ganges. I’ll be doing a few yoga workshops in Rishikesh and working nights.

Any last words of advice for digital nomads wanting to step up their travel rhythm, or people in normal jobs wanting to break free?

Fear kills, get rid of it. Really. We’re all going to die, it’s up to you how you do it. There are so many cool cities in the world. If you aren’t happy with your lifestyle, move to another city that allows you to live like you dream.

Thirst for the marvelous

Check out the new Dojo Coliving