The Questionable Authenticity of the Organic Internet 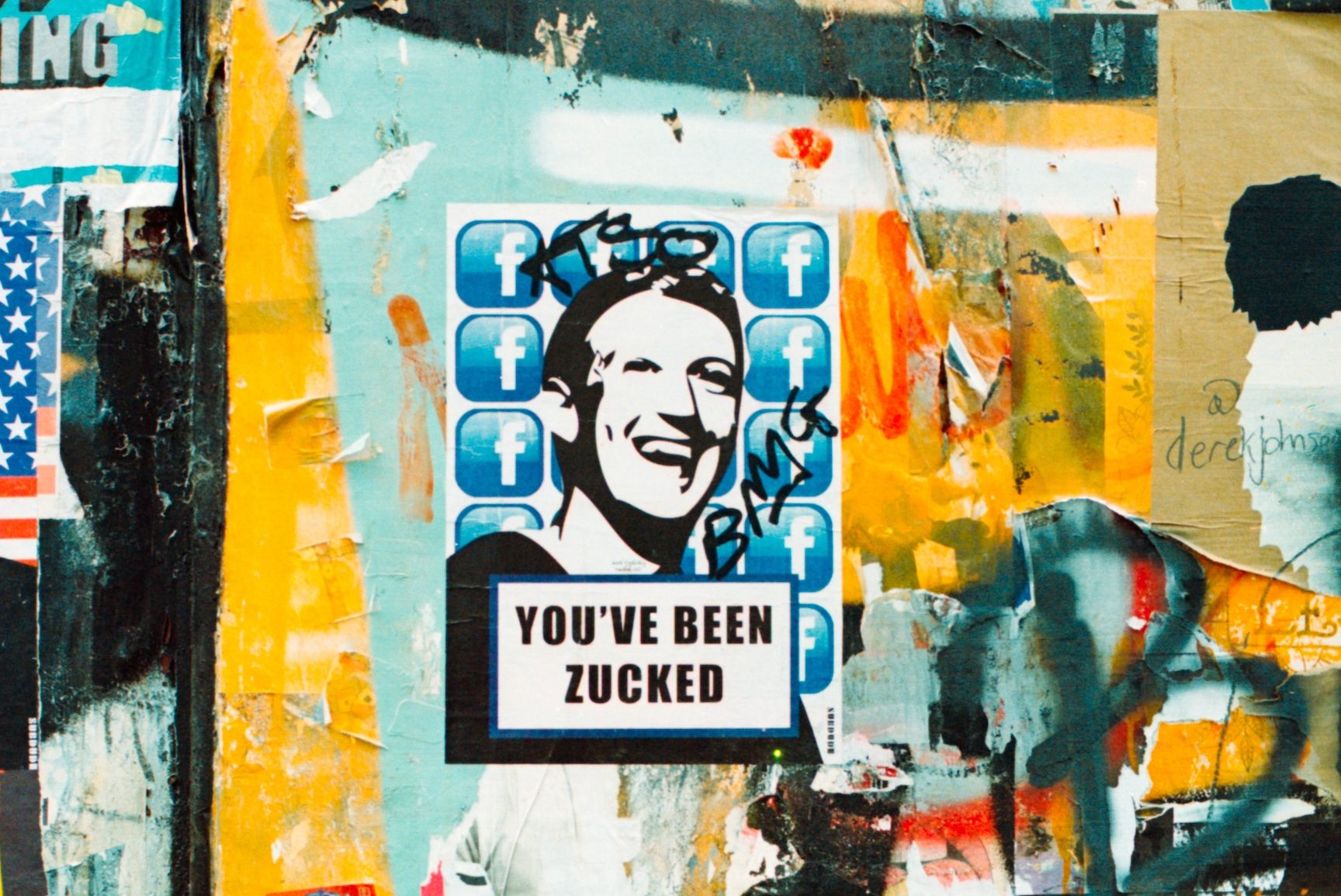 My name is Tom and I’m an SEO consultant working here at Dojo. I also own a few websites and, like many of us here in Bali making a living online, I spend a lot of time on the internet in both a professional and a personal capacity.

Now, you might be reading this article well aware of such internet fakery as Instagram influencers, fake reviews and, who could forget, fake news influencing our elections. But that’s not what I intend to showcase with this article. What I want to talk about here is how brand promotion is increasingly masquerading as organic content, subtly nudging our subconscious into forming positive opinions of a company or product.

Most of us digital natives proudly proclaim that we know better than to believe all we read on the internet, but are we being fooled by content that we falsely believed to be genuine?

I was fooled then I was asked to be the fooler

When I started working remotely whilst travelling, I wanted to be prepared and cover myself with the right insurance. I scoured the web for articles about ‘Digital Nomad insurance’ and in almost all of the articles I found, there was a clear favourite company who just seemed to be perfect for my needs. So I purchased their insurance.

Not long after, I was contacted by this same company on a travel blog I run, offering a nice sum of money for writing a comparison article about their product. In fairness to them, they did say that the review can be honest and they didn’t specify that they should receive a 5 star rating.

But when they are the ones paying you and providing you with all the information about their benefits, it’s difficult to be impartial. (Similar to the concept of embedded journalism). They also offer the use of an affiliate link and so, of course, this will pay out more if you recommend readers to them as the best option.

I promptly published the article, pocketed the money and went on my merry way before realising… I’ve just contributed to the same inauthenticity on the internet that fooled me. Now don’t get me wrong, the company is great and I’m very satisfied with their service. But the point is that you and I, the unsuspecting users of the internet, are being tricked into believing this is an honest recommendation by an impartial author. It’s really not.

This is unlike TV commercials or social ads where you know the company is paying to promote their product to you. With articles that appear organically in search results, it’s so difficult to know that this is essentially a paid advert.

And then I dug deeper…

I started to distrust everything I saw on the internet and question who was behind them. For example, there was a period in 2019 where it seemed that every other meme on Instagram mentioned the dating app Hinge. After the dating app game had been dominated by Tinder and Bumble, how was it possible that Hinge was the one that was always being talked about?

Now before I go any further just a quick disclaimer… I don’t know for definite that this, and other stories featured here, are true – they could just be genuine tweets – but that seems highly unlikely. Who asks ‘How’d the Hinge date go’? Nobody, that’s who.

And when you do a bit of Googling you will find an absolute mountain of “fun” articles about the funniest Hinge dates and the best opening lines for Hinge. These memes, tweets and articles all look like natural, organic content, but make no mistake, they’re really not. Yet they are shared widely by popular social media accounts and consumed as if they’re real rather than strategically planned and paid for by an ingenious marketing company.

Remember, dating apps need to give the impression that they have vast amounts of users in order to attract new users, no-one would want to join a dating app that doesn’t have many users. And what better way than to make it appear that millions of every day people are talking about it?

A similar thing happened when PES 2020, the rival to the ever-popular FIFA game, came out in July 2019. If you play these games you will know that PES is not half as popular as FIFA, and yet the internet was awash not only with pro-PES posts and clips, but also anti-FIFA posts, showing how glitchy FIFA is for example.

This content was shared widely by big social media brands (think LadBible type accounts) and then reshared thousands of times by their followers. Does all this happen organically by the general public? Or was it perfectly timed to coincide with the release of their new game? These are essentially adverts in disguise of ‘popular opinion’, dressed to look like genuine, grass-roots content.

And it happens with “viral” videos too. Check out this seemingly candid video shot on a mobile phone where Ryanair cabin crew ask a passenger to play the accordion for them.

This one is so fake it makes me cringe. But judging by the number of views, shares and comments on social media and Youtube, people don’t seem to suspect it’s a fake.

Instead, Ryanair have given themselves a brand/reputation boost by coming across as fun and authentically Irish (who doesn’t like the Irish, right?!). A far cry from the reality which is that flying with Ryanair is akin to a North Korean prison camp. Everybody knows this because there has always been so much information about awful Ryanair experiences online, but now Ryanair are attempting to flood the internet with the opposite appearance and it’s working, simply because the content looks real.

And Ryanair aren’t the only airline…

Remember that viral video prank where a stag group print the stags’ ticket on a huge A1 piece of paper? Well, I suspect that first video was a genuine prank and the internet loved it! But then copycat prank videos followed, such as this suspicious video….

It looks all fun and games and the cabin crew are happily joining in on the joke of the giant ticket. But notice how the video is dominated by the huge branding on the ticket proclaiming “Jet2.com Friendly Low Fares”. Coincidence? I highly doubt it.

The role of SEO

Of course, whilst I can comment on viral videos and memes, that’s not exactly my expertise. What I mean here is that I want to talk a bit more about the role SEO plays with authenticity of content and search results that appear organically. Now this tweet has hit on a bit of a nerve. She is absolutely correct, but there is some important commentary to add here. The point she is making is that it’s incredibly rare to stumble upon a natural first-person blog site in the search results these days, now you get websites that are super optimised, mechanical and basically inauthentic.

When you search for travel tips in the Maldives, for example, you no longer get the blog by a real person like ‘Jayne from Vancouver’ who had a lovely holiday there and wants to tell you about it on her amateur website. Instead you get big name sites who specialise in ranking at the top of search results, whether or not they have even visited the Maldives.

It is sad that we are starting to lose the voice of real people, but above everything else, SEO helps to create web pages that answer a user’s questions comprehensively and concisely. With a page optimised for search you are much more likely to find the answer to your question in the first 1 or 2 results. When the internet was awash with ‘Jayne from Vancouver’ type blogs, you would often have to read a dreadful load of drivel before you could find anything even resembling an answer, and it was usually a pretty poor experience.

Most users want to find out things like “Top things to do in the Maldives” or “Where to stay in the Maldives”, and so a structured list using headings throughout the content means that users can get their answer quickly and carry on with their research.

This means that the internet will remain slightly inauthentic and inevitably blogs that don’t subscribe to SEO best practices will fade away into obscurity. Those putting in long hours to build a website optimised for search (such as me) need to get their income from somewhere and so sponsored posts, affiliate links and other hidden adverts will remain features of the organic internet for a long time.

So what should we do?

Earlier this year I found myself in Kaohsiung, a town in the south of Taiwan, wondering ‘what the hell am I doing here?’. Apart from some interesting cultural differences, Kaohsiung was fairly unremarkable and not at all as inspiring a city as Taipei. So why did I end up there?

I backtracked a little and remembered that I had decided to come to Kaohsiung after searching Google to find out whether it was worth visiting before I go to Taipei. I read top ranking articles and, of course they recommended Kaohsiung – you can hardly write a comprehensive article about the best of Kaohsiung if you hated it there. Typically articles are overly enthusiastic about every topic because that’s what keeps readers engaged.

Whilst this is great for user experience, if you want to find real, authentic answers, I would recommend complimenting your search queries with names of forums such as ‘Tripadvisor’, ‘Lonely Planet’, ‘Quora’ or ‘Reddit’. The trick is to find unbiased user generated content to help you with decisions such as purchasing something expensive, planning a trip or simply looking for the right service for your needs.

Being self-employed, I am now employing a lot of these techniques to figure out the best pension provider to use, trying my hardest not to be influenced by blogs who may or may not have a vested interest.

In terms of social media and viral videos, the only thing you can do is to always question and be aware of the possible motives of ‘organic content’ where a brand is heavily featured. Remember the big attitudinal shift that occurred in the 2010’s when people became more aware that Instagram influencers were presenting heavily modified versions of their lives? We can’t make all of this content go away, but we can choose to ignore it if we suspect it’s an advert in disguise. And make no mistake…. Ryanair sucks.

I am a seasoned SEO professional from the UK who is passionate about building, fixing and optimising websites. With all the geeky know-how, I love to share SEO tips, ideas and interesting digital nuggets I pick up on my way.

Home » Personal Development » The Questionable Authenticity of the Organic Internet